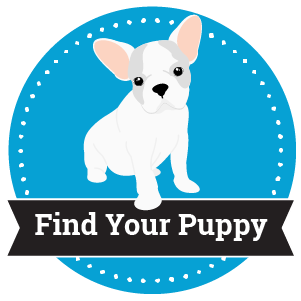 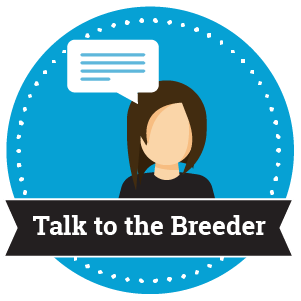 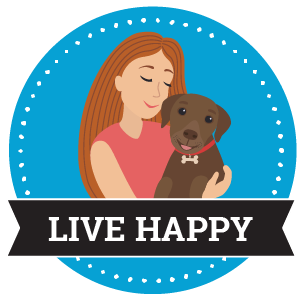 No puppies were found matching your selection. Browse all available puppies here.

Interested in adopting an English Bulldog puppy? You could not have chosen a more amiable and calm breed! The English Bulldog has distinctive facial features and a no-nonsense strut that set it apart from any other breed. Broad and muscular, this dog may look like a professional bruiser but in reality, loves curling up on the couch with his humans or romping playfully with a posse of children. The English Bulldog is a medium dog that comes in a variety of colors including fawn, brindle, white, red, and fallow. A healthy weight for this pooch is around 50 pounds, but he still considers himself a lapdog! Just be prepared when he plops down for some cuddles!

Bulldogs are very sociable and love meeting new people and dogs; it is helpful to start socializing your Bulldog as a puppy so it’s a well-practiced skill by the time he’s fully matured. This breed can be very protective of their food, so it is important to train them to be used to someone taking food out of their bowl while they are eating. In order to maintain a Bulldog’s glossy coat, it is important to brush them three to four times a week.

While exercise is important for the Bulldog just like any other breed, they only need a moderate amount that can be limited to short walks or playing with other dogs or children; be watchful to make sure your Bulldog isn’t overheating or is having trouble breathing because of his flat face. This breed is susceptible to unhealthy weight gain, so it’s important to give them high quality food in carefully measured amounts. Bulldogs love playing in water but should only be allowed in elbow-deep water, since anything deeper is a serious hazard; steps are also dangerous for this breed.

As always, pay attention to your puppy’s parents and what their personalities are like; background and breeding are incredibly important when choosing a new member of your family!

Bulldog Cons: Bulldogs are intolerant of heat and are typically not capable of prolonged physical activity.